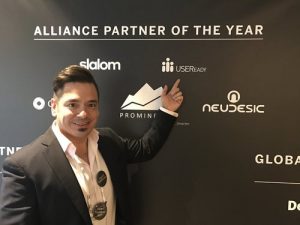 Every year Tableau, the global BI leader, recognizes and rewards their notable partners at the Tableau Annual Partner Leadership Summit. It is a matter of pride, that USEReady was nominated for Tableau’s Services & Training Partner of the Year and Alliance Partner of the year 2016.

The winners of all eight categories rolled out by Tableau for 2016, were announced at the annual partner summit in Seattle, Washington from 23 – 25 January 2017.

It is an honor to be nominated alongside some great organizations in North & South America. USEReady was nominated for the following categories among some great innovators of the data world.

1. North & South America Services and Training Partner of the Year 2016

The results were made public by Tableau on JANUARY 25, 2017.

Last year USEReady won the ‘Services Partner of the Year 2015’ title – at the Tableau’s Annual Partner Summit in Austin, Texas.

USEReady has been a longstanding partner of Tableau and constantly strives towards dedicated propagation of Tableau’s capabilities. “Tableau’s growth & strategy is based on the deep relationships with our partners and USEReady is at the top of that list,” said Brian Nutt – VP of Global Professional Services at Tableau, during his recent visit to USEReady India office.

Tableau has been the core of USEReady’s strategy and success. In a recent article on Inc.com Uday Hegde, CEO and Co-Founder USEReady, mentioned how Tableau is gaining popularity in helping businesses implement effective BI strategy, and how USEReady helps businesses in its deployment. In another conversation with The Huffington post Uday highlighted how companies can extract value from their data using Tableau.

Tableau is constantly perceived as the modern BI market leader and has been making its way up on the Gartner Magic Quadrant for Business Intelligence and Analytics for 5 years in a row now. Such laurels are a source of motivation for USEReady to keep innovating with Tableau to add value for our customers and the data community.

Tableau (NYSE: DATA) helps people see and understand data. Tableau helps anyone quickly analyze, visualize and share information. More than 50,000 customer accounts get rapid results with Tableau in the office and on-the-go. Over 300,000 people use Tableau Public to share public data in their blogs and websites. For more information visit www.tableau.com

We use cookies and similar technologies to enable services and functionality on our site and to understand your interaction with our service. By clicking on accept, you agree to our use of such technologies for marketing and analytics. See Privacy Policy
Cookie SettingsAccept
Manage consent

When you visit any web site, it may store or retrieve information on your browser, mostly in the form of cookies. This information might be about you, your preferences or your device and is mostly used to make the site work as you expect it to. The information does not usually directly identify you, but it can give you a more personalised web experience. Because we respect your right to privacy, you can choose not to allow some types of cookies. Click on the different category headings to find out more and change our default settings. However, blocking some types of cookies may impact your experience of the site and the services we are able to offer.
Strictly Necessary Cookies Always Enabled
These cookies are necessary for the website to function and cannot be switched off in our systems. They are usually only set in response to actions made by you which amount to a request for services, such as setting your privacy preferences, logging in or filling in forms. You can set your browser to block or alert you about these cookies, but some parts of the site will not then work. These cookies do not store any personally identifiable information.
Functional Cookies
These cookies enable the website to provide enhanced functionality and personalisation. They may be set by us or by third party providers whose services we have added to our pages. If you do not allow these cookies then some or all of these services may not function properly.
SAVE & ACCEPT